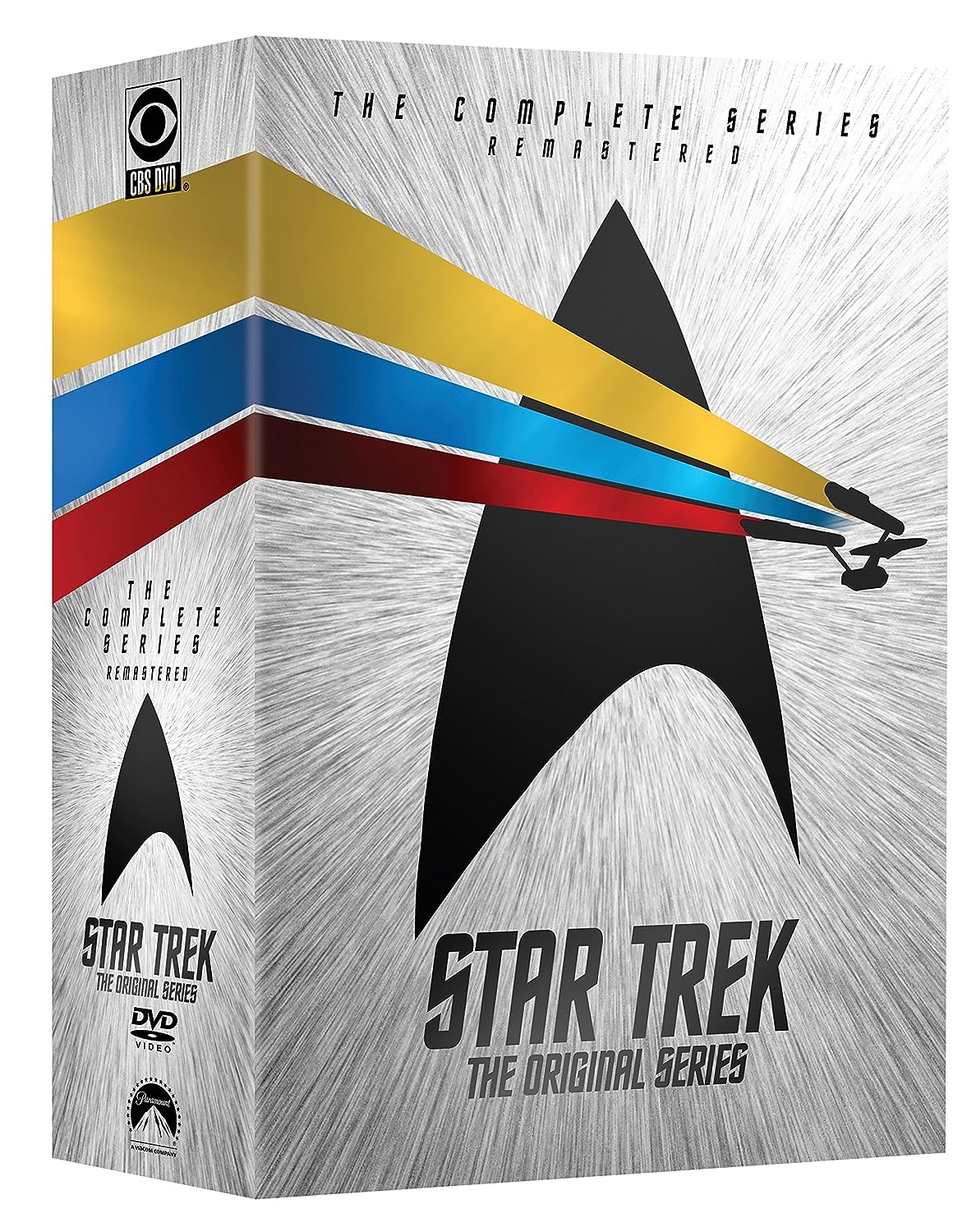 Alien face surgery! And Michelle Yeoh turning up — twice, and in two guises — to smack the crap out of some bad guys! So many lights; so many frantic steps. The series was created and first went into syndication during the instabilities and tensions of the old Cold War, which perhaps contextualises the obsessive love invested in it by a fanbase so loyal it has marched in the street to keep it on air. This thread runs through each series of Star Trek, guiding a chronology in which humanity and its galactic neighbours form a federation to fight against common enemies, and for mutual prosperity.

The different series have navigated permutations of the challenges therein. Star Trek: The Next Generation busies itself shoring up alliances and resolving diplomatic conflicts close to home, while Star Trek: Voyager abandons a Federation ship into a region of space where there are no allies, no maps and a confronting ethical polarity between retaining collective values and surviving dangerous isolation. And so the Enterprise made its maiden voyage much like the overarching storyline: not entirely sure where its was going. Here is a list of 28 Star Trek one-liners of which most people are aware.

Some of these quotes have made their way into other areas of pop-culture. Some of these quotes have been paraphrased. Some have been used by judges when giving verdicts. There may be one, or two, on the list that escape some people. Space: the final frontier. What does God need with a starship? Spock in numerous episodes and movies. Live long and prosper. The needs of the many outweigh the needs of the few, or the one.

I have been and always shall be your friend. He's dead, Jim! I am a doctor, not a brick layer. You wouldn't wish that on us, would you? KIRK: Spock, you may have been right. We've lost contact with the Intrepid and we're out of communication with an entire solar system.

Any update from Starfleet? It's getting worse. KYLE: Captain, deflector shields just snapped on. KIRK: Slow to warp three. KYLE: Warp three, sir. Unable to analyse. I've never encountered readings like this before. KIRK: Scanners on. Magnification three on the screen. KYLE: Magnification factor three, sir. In the middle of the viewscreen is a black blob. KIRK: What is that? KIRK: No. You'd be able to see stars through a dust cloud. Looks like a hole in space. Readings, Mister Spock.

Sensors are feeding data to the computers now. Whatever this dark zone is, it lies directly in line with the course I calculate for the Intrepid and the Gamma Seven-A system. KIRK: Hold present course. Slow to warp one. KYLE: Warp factor one, sir. Direct computer feed to Mister Spock. Probe ready. Switching data feed to library computer. KIRK: Launch probe. A high pitched sound comes over the speakers. KIRK: What was that?

There's no signal from it. Insufficient data. Chekov is still groaning and Uhura looses her balance. I'll be all right. I'm fine, sir. McCoy here. What is it?


Half the people on this ship just fainted. KIRK: Uhura almost did. She says she's all right. Do you want to see her? I've got an emergency here. Crew are queued out of the door, getting shots from Chapel. They all seem to be nervous, weak, and irritable. They say it happened suddenly, like a balloon popping. KIRK: Good. Hold our position, Mister Kyle. KYLE: Aye, aye, sir. KIRK: Spock, give me an update on the dark area ahead.

KIRK: No speculation, no information, nothing. I've asked you three times for information on that, and you've been unable to supply it.

KIRK: So far that's not much help. SPOCK: It is not a galactic nebula such as the Coal Sack, and since our deflectors were activated by it, it would seem to be some form of energy, but nothing our sensors can identify.

KIRK: Lieutenant. KIRK: Notify the Starfleet that we're going to attempt to probe the area of darkness to gain further information. Kirk pauses, exhausted on his way back to his chair. KIRK: I'm all right. Distance from zone of darkness, Mister Kyle? KYLE: One hundred thousand kilometres, sir. KIRK: Ahead slow.

Impulse power only. KIRK: Very good. Time, Mister Chekov? Deflectors full power. Phaser banks ready. Deflectors at full power, sir. That eardrum splitting sound comes again. KIRK: Spock! The sound goes. The viewscreen is completely blank. All systems functioning properly. KIRK: Then kindly tell me what happened to the stars. KIRK: Things any better down there? They're backed up into the corridor. KIRK: Have you got anything that will help up here? I don't want anybody folding on the bridge at a critical moment.

McCoy out. Scotty, there was a power loss. How come? Our deflector shields are weakened. Don't ask me how it happened. KIRK: I am asking how, mister. I want answers.

McCoy enters with a nurse, and starts injecting the crew. KIRK: What's that? KIRK: Bones, how bad is it? KIRK: Why? Do you have any answers? You know you'll get everything I can tell you. But when there is nothing, what should I say? The man at the engineering station collapses. KIRK: This ship is in trouble.

We'd better start solving problems faster than we pick up new ones. We seem to be in the middle of a creeping paralysis. Mister Spock, analysis of that last burst of noise before we started losing power. KIRK: What boundary layer? KIRK: Boundary layer between what and what?

SPOCK: We still have no specifics, but we seem to have entered a zone of energy which is incompatible with our living and mechanical processes. As we draw closer to the source, it grows stronger and we grow weaker. KIRK: Recommendations. I recommend survival. Let's get out of here. We're on a difficult mission, but it's not the first time. Our orders do not say stay alive or retreat.

So do your jobs. Carry on. Go ahead, Bones. Captain's log, stardate It is now ten minutes since we entered the zone of darkness. We have stopped engines while we seek a defence against the energy drain which seems to pervade the zone. Kirk enters and is promptly thrown sideways by a massive jolt to the ship. KIRK: Are you all right?

I'm not sure. I was trying to recalibrate, and we went into reverse. KIRK: Reverse? But that was a forward lurch. How could that happen in reverse thrust? All I know is that the power levels are down twelve percent and steadily decreasing. I've never experienced anything like it. We are being pulled toward the centre of the zone of darkness. I suggest you order Mister Scott to give us reverse power. KIRK: He just gave us reverse power.

We lurched forward. Life function indicators. They've started a sharp drop again. I don't know how long we can keep this up. Forward thrust? It goes against the rules of logic.

KIRK: Yes, doesn't it? Well, if it doesn't work, I'll never let Spock live it down. Notch it into forward. We're slowing down. But we're not stopping. We're still being dragged forward. KIRK: Have one of your engineers monitor the instruments. Keep applying thrust against the pull.

Well, we're still alive. I suppose that's something. MCCOY: All I can contribute is the further we travel into this zone of darkness, the weaker our life functions become, and I have no idea why. I'm all right. It's those stimulants. They catch up with you. KIRK: Engineering. SCOTT: As to the power levels are concerned, everything is acting backwards, but the drain is continuing. On the static test, I could only get sixty percent power. KIRK: Spock. 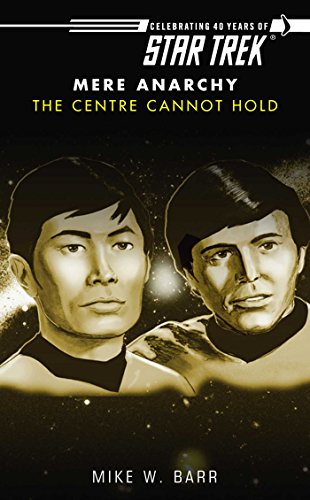 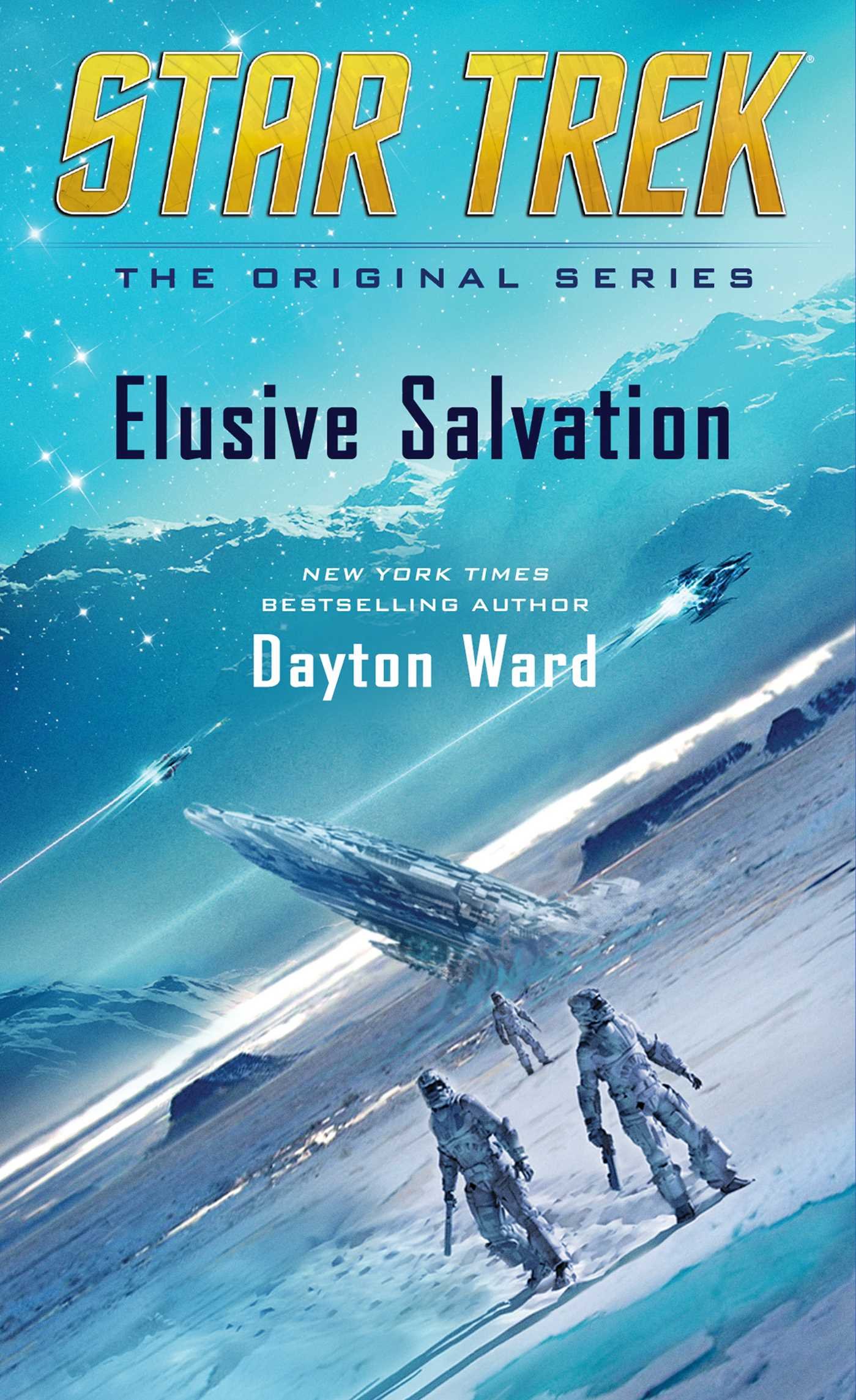 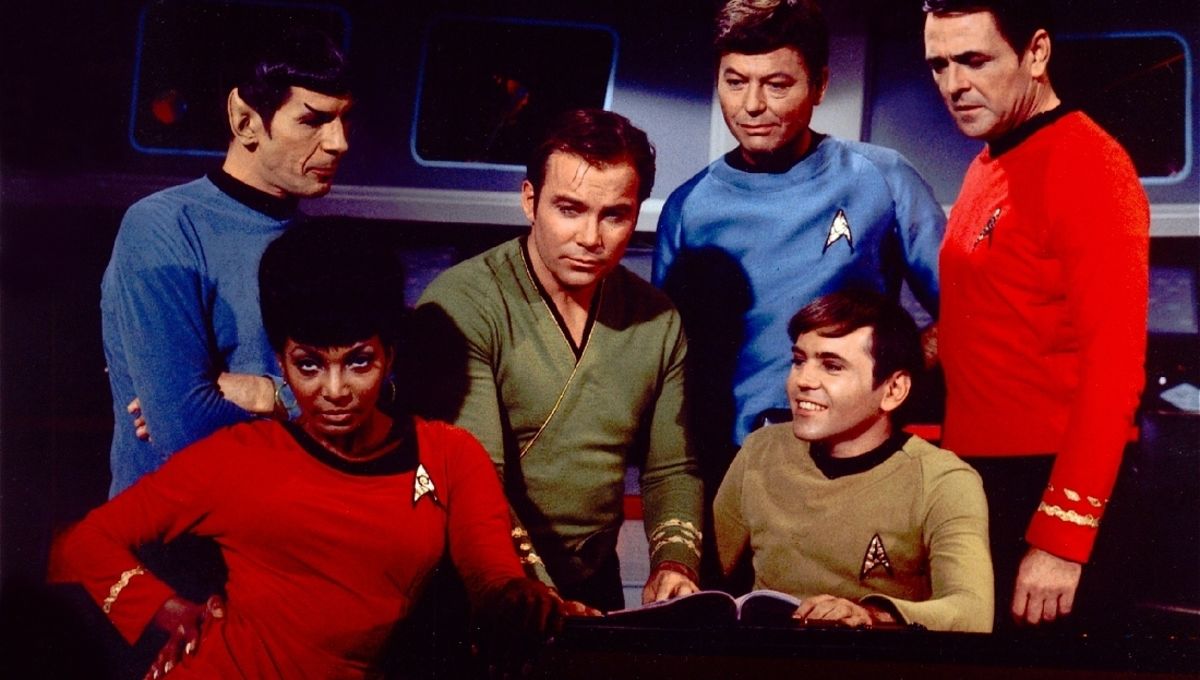 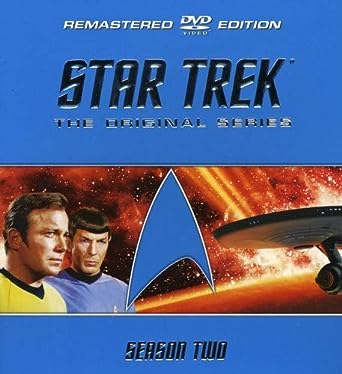 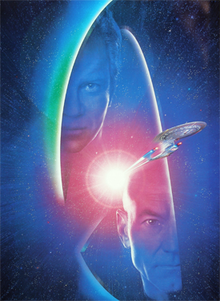