As this comprehensive book about a panda rehabilitation program in China reveals, quite a lot. Can I Touch Your Hair? Poems of Race, Mistakes, and Friendship. By Irene Latham and Charles Waters. Dragons in a Bag. By Zetta Elliott. When nine-year-old Jaxon is left in the care of an eccentric old witch, he begins training as her new apprentice by leaving Brooklyn to return three dragons to a magical world. By Torben Kuhlmann. Naturalistic illustrations enhance this story of an intrepid mouse, who builds a submersible and makes a surprising deep-sea discovery. By Marissa Moss. Modern illustrations and lively text combine to relate the early history of the Pinkerton Detective Agency and how they thwarted an attempt to assassinate President Abraham Lincoln. Finding Langston. By Lesa Cline-Ransome. Front Desk. By Kelly Yang. Mia not only helps manage the front desk of the motel where her immigrant Chinese parents work; she also helps keep secrets about the guests, whose immigration status puts everyone at risk.

This engaging picture-book biography of tennis' greatest superstars focuses attention on the ways they changed the game by their attitude, power as athletes, personal strength, and relationship with each other. Hammering for Freedom. By Rita Lorraine Hubbard. In informative paragraphs and expressive paintings, this picture book tells the story of an enslaved blacksmith who steadfastly worked to buy freedom for himself and his family. Knights vs.

By Matt Phelan. Merlin sets a new challenge for the Knights of the Round Table when he sends them back in time to battle dinosaurs. Louisiana finds her own inner strength when her granny abandons her in a run-down motel while they attempt to lift a curse that has plagued their family for generations.

By Pablo Cartaya. Martin Rising: Requiem for a King. By Andrea Davis Pinkney. By Alice Faye Duncan. Gregory Christie. Nine-year-old Lorraine, whose daddy is a sanitation worker, recounts the two-month sanitation strike led by Dr. Martin Luther King, Jr. By Meg Medina. Newbery Medal Book. No Small Potatoes: Junius G. Groves and His Kingdom in Kansas. By Tonya Bolden. Junius G. Groves went from being enslaved in Kentucky to owning acres in Kansas and making his fortune by growing potatoes.

By Tanya Lee Stone. This picture-book history offers a spirited account of the evolution of the popular board game and the people who were involved over the years in its creation. By Barb Rosenstock. Daring aquanauts Otis Barton and Will Beebe designed and dove in a leaky bathysphere that allowed them to explore feet below the ocean surface. The Parker Inheritance. By Varian Johnson. Issues of race, bullying, and identity are interwoven in this buried-treasure mystery that spans multiple decades as tween Candice unravels a series of puzzles in her community.

Saving Winslow. By Sharon Creech. Through vignettes of sparse text, this story follows year-old Louie as he takes on the challenge of saving a fragile, newborn mini-donkey that has been rejected by its mother. The Season of Styx Malone. By Kekla Magoon. By Gary D. Roaring Brook. This poetic and haunting picture-book biography reflects the larger-than-life experiences of abolitionist Sojourner Truth. By Angela Dominguez. In this timely book about immigration, citizenship, and identity, third-grader Stella grapples with a fear of public speaking, a complicated family dynamic, and her place between cultures.

Tiger vs. By Emily Tetri. First Second. By Marc Tyler Nobleman. The Truth as Told by Mason Buttle. By Leslie Connor. In this poignant and powerful mystery, Mason, a seventh-grade boy who can barely read and write, finds a way to finally tell the truth about what happened the day his best friend died. The United States v. Jackie Robinson.

By Sudipta Bardhan-Quallen. Although he is well known for breaking the color barrier in baseball, Jackie Robinson went to court years earlier to integrate troops while serving in the U. By Chris Barton. Stirring words and vibrant collage illustrations showcase the commanding voice of congresswoman Barbara Jordan, who shaped the political arena and created a powerful legacy. By Michael Mahin. Bold, folk art—style illustrations and exhilarating language come together to convey the life of groundbreaking musician Carlos Santana. Amal Unbound. By Aisha Saeed.

Unknowingly, Amal insults a corrupt but powerful man in her small Pakistani village. As retribution, he claims her as an indentured servant.

Apollo 8: The Mission that Changed Everything. By Martin W. With riveting text and stunning archival photos capturing the excitement and danger, this compelling account of the Apollo 8 mission emphasizes the turning point of the space program. By Phillip Hoose. This is a comprehensive account of the people and the events involved in the first all-Black high school basketball team that confronted segregation in Indianapolis and won.

Be Prepared. By Vera Brosgol. Brosgol comically recounts her experiences at a summer camp for Russian American kids in this graphic memoir.

By Elizabeth Partridge. People who lived through the Vietnam War discuss its history and politics in this illuminating book featuring dramatic photographs and first-person accounts. Children of Blood and Bone. By Tomi Adeyemi. By Marc Favreau. This account of American life during the s covers the economic hardships and political changes of the period, as well as the lingering influences on America today.


The Cruel Prince. By Holly Black. In this dark high fantasy, twin mortal girls are caught up in the political machinations of powerful, blood-thirsty Faeries. By Joyce Sidman. On pages featuring Merian's illustrations, this inviting volume demonstrates how her fascination with observing life cycles led her to create realistic and detailed drawings that changed scientific research. Sibert Medal Book. Ghost Boys.

By Jewell Parker Rhodes. This novel explores the issues of racial violence and police brutality from the viewpoint of Jerome, the ghost of a year-old black boy gunned down by a white police officer. Harbor Me. Six children learn the power of sharing their stories when their teacher assigns them to spend Fridays in a weekly conversation circle. By Jarrett J. Hurricane Child. By Kheryn Callender.

As a hurricane approaches her Caribbean island home, year-old Caroline desperately searches for her mother in this story of abandonment, mysterious spirits, and a first crush.


The Hyena Scientist. By Sy Montgomery. Montgomery profiles biologist Kay Holekamp at her research camp in Masai Mara, Kenya, where she studies the social structure, communication, biology, and habits of spotted hyenas. By Eoin Colfer and Andrew Donkin. Determined preteen Ebo leaves his impoverished Nigerian village to follow his older siblings, all of whom have one dream: to make it to Europe, by any means possible. By Ashley Herring Blake. As her family deals with the devastating aftermath of a tornado, Ivy loses a sketchbook in which she has drawn pictures that reveal her secret same-sex crushes.

By Margarita Engle. Lifeboat By Susan Hood. Ken Sparks drifts at sea on a lifeboat with a group of passengers after the sinking of a ship carrying evacuated British children to Canada during WWII. By Diane Magras. Drest sets out on a medieval quest in the Scottish highlands to rescue her five brothers and father, who have been captured by a neighboring Lord.

By Melba Pattillo Beals. The Night Diary. By Veera Hiranandani. Nowhere Boy. By Katherine Marsh. When Max finds Syrian refugee Ahmed hiding alone in his basement in Belgium, Max decides to help Ahmed by keeping him secret and safe. The Poet X. By Elizabeth Acevedo. The Prince and the Dressmaker. By Jen Wang. Prince Sebastian secretly likes to wear dresses and hires talented dressmaker Frances to transform him into fashionista Lady Crystallia in this graphic novel. By Kwame Alexander. Run for Your Life. By Silvana Gandolfi. In alternating voices, this Italian novel tells the story of two brothers separated by Mafia violence.

Small Spaces. By Katherine Arden. Horror fans will appreciate this suspenseful tale of a field trip gone wrong, as year-old Ollie races against the clock to save herself and her classmates. By Gail Jarrow. This account of the infamous War of the Worlds radio show explores the key players and development of the broadcast as well as its aftermath. Sibert Honor Book.

By Heather L. You could create some spelling practice or grammar lessons based on the stories or let the kids make a journal about their reading likes, dislikes, new words, places they want to visit someday, etc. Black Out! Freak Out! Fake Out! Do Dolphins Really Smile? Click product title for product reviews, where available Page 1 of 7 1 2 3 4 5 Next Last. Add to Cart. 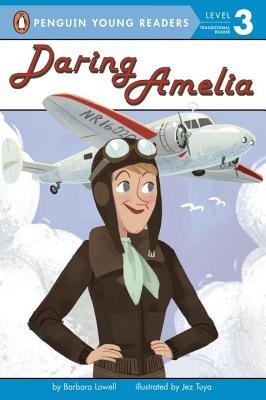 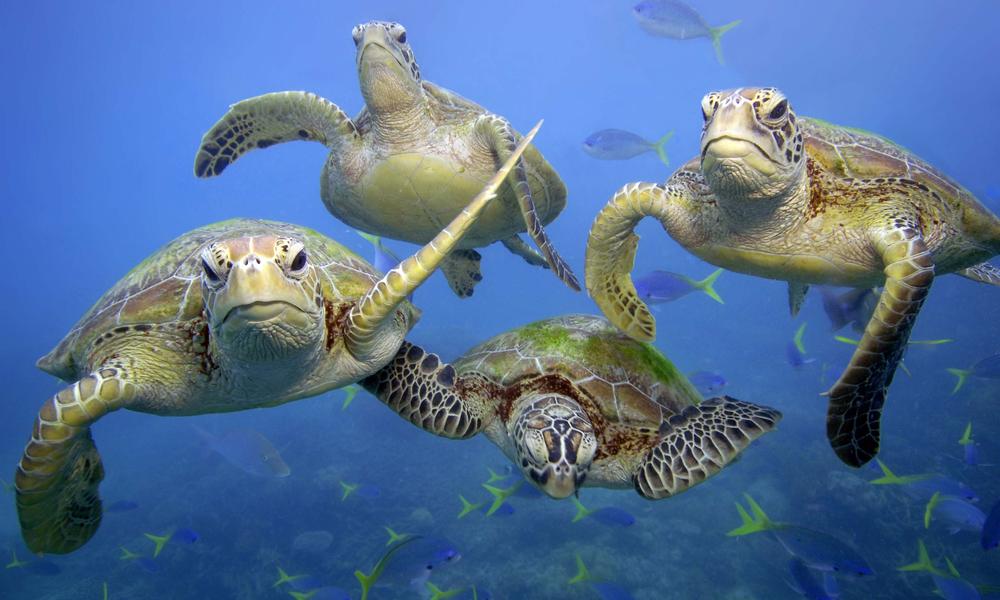 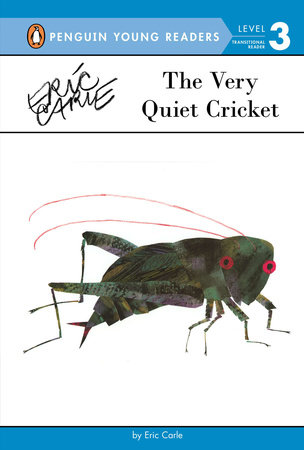 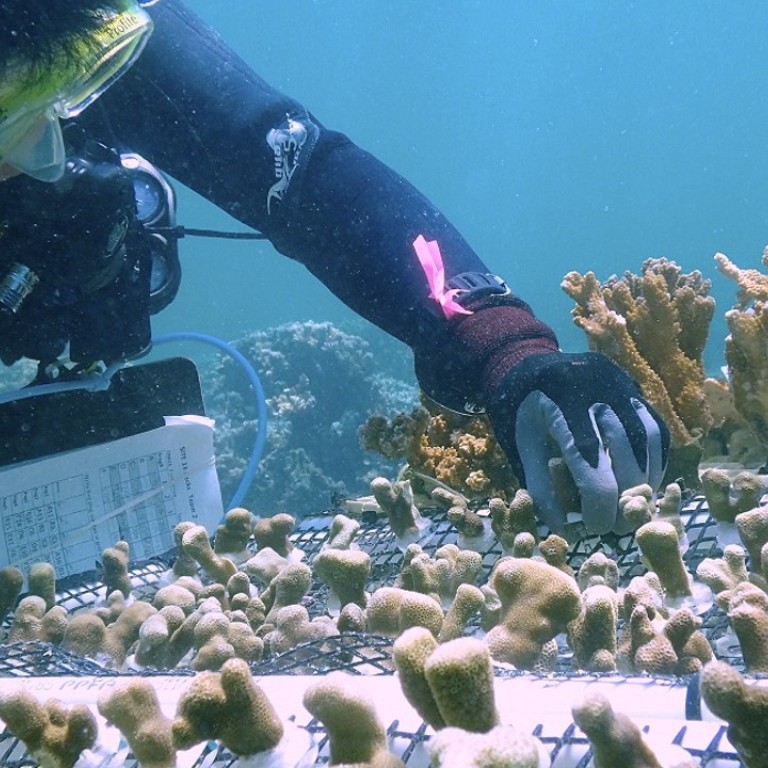